How to launch a successful Giving Tuesday Campaign during COVID-19

This year, Giving Tuesday is on December 1. If you haven’t already, it’s time to start planning your campaign. Here are our tips for launching a successful Giving Tuesday Campaign during COVID-19.

As the charity wheels continue to turn through the global pandemic, the next significant date on the calendar is fast approaching.

Giving Tuesday launched globally eight years ago in response to the consumer culture created by Black Friday. Giving Tuesday promotes positive spending and allows charities to start the season of giving on a global platform.

While luxury spending is down as many counties battle an economic downturn as a result of the pandemic, Giving Tuesday is still firmly on the fundraising calendar. All charities should be making the most of the upcoming opportunity to encourage donations.

With donations potentially less than previous years, you might want to focus more on donor acquisition or the number of new donors, rather than dollars received. Clearly defined targets from the outset will help keep the one-day campaign on track.

Focus this campaign on an inspirational story of how donor support has helped someone recently. Tell a family or community story that donors can connect with. As always, use thought-provoking images and video if possible.

When sharing the campaign on social media, it’s important to direct viewers to a branded fundraising page to make it easy for donors to give. SupporterHub helps you create simple fundraising pages that integrate with a payment gateway and donor database in minutes. You can also collect new donor data and update donor records to help build on your relationship with supporters.

Email is the easiest and most cost-effective way to reach a lot of supporters quickly. Create a campaign and time it so it’s sent as soon as Giving Tuesday starts. Remember, most other charities will also be taking part in this global day of giving so you’ll have a lot of competition for the donated dollar. The sooner you can get your campaign in front of potential donors, the more chance of success you have. You can even create a follow-up sequence to be sent at the end of the day reminding donors this is their last chance to give for this year’s Giving Tuesday.

Before sending a campaign, analyse the data from last year’s campaign. You can set realistic targets and focus on donors who have previously given to similar appeals. While there’s no denying fundraising has been harder for many this year, a lot of charities are still achieving a high success rate. Utilising existing data will give you the best chance of success.

Giving Tuesday is a global campaign that trends across social media platforms. Use Facebook and any other popular platforms to capture as large an audience as possible. To ensure maximum reach, consider allocating some budget to a paid campaign. As always, use the hashtag #givingtuesday in all posts.

Schedule a series of social media posts in advance timed around the email strategy. This will mean followers will receive constant updates throughout the day and be left in no doubt how they can support you.

Don’t forget to say thank you!

Giving Tuesday does not end once you’ve received the donation. Send thank you emails or letters to your donors (and phone higher-end donors to thank them personally) promptly. Now that the donation is logged on the donor’s record, you can even tailor communication to refer to their Giving Tuesday contribution in future.

Use social media and follow up email to share results. Highlight how their giving has specifically helped and even mention how close you were to reaching your target.

To find out more about our FREE trial, click

PreviousHow technology has created more effective working practices for charities during COVID-19
NextThe most common causes of donor fatigue, and how to avoid them during a pandemic 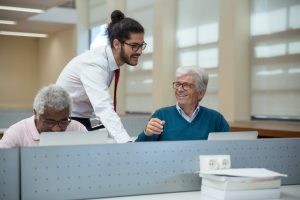 How to increase the digital capacity of charity employees 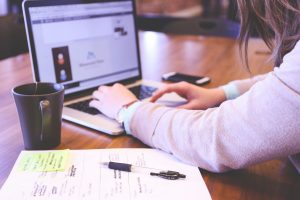 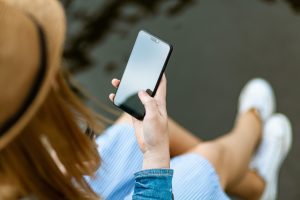 Is SMS essential for a successful fundraising strategy?